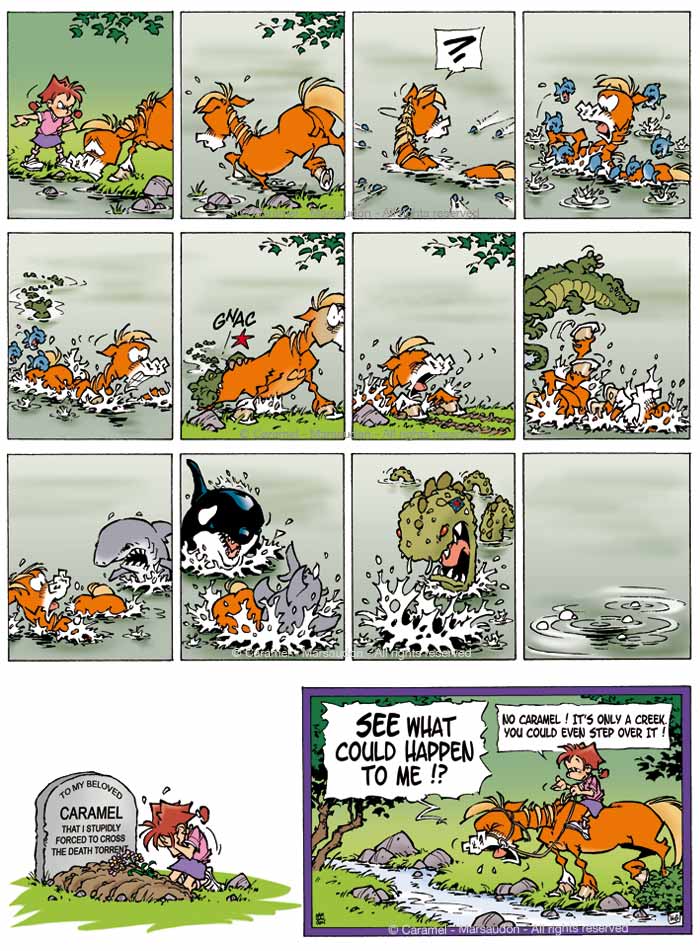 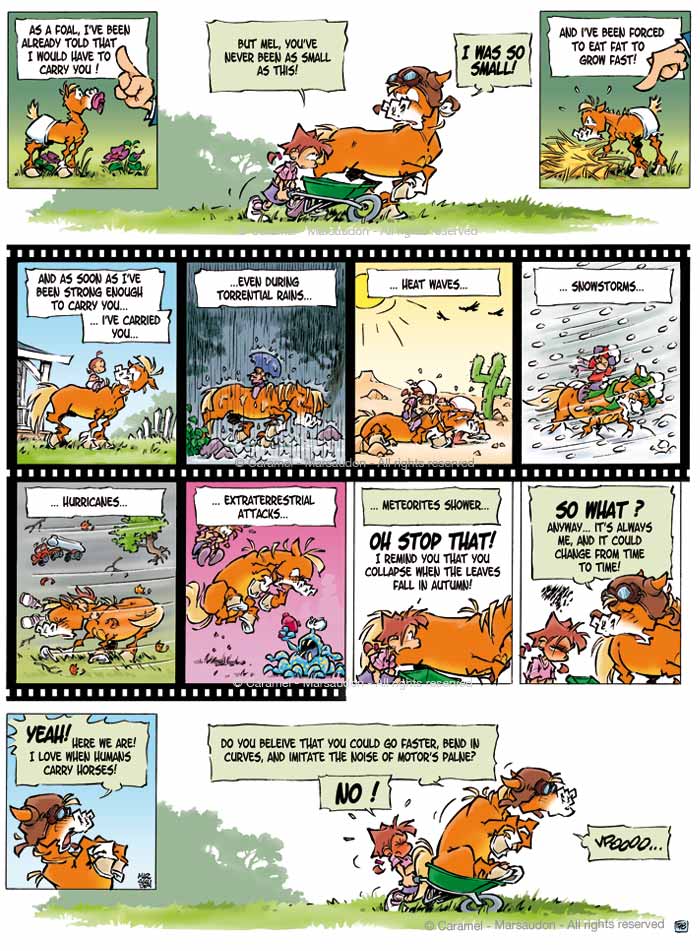 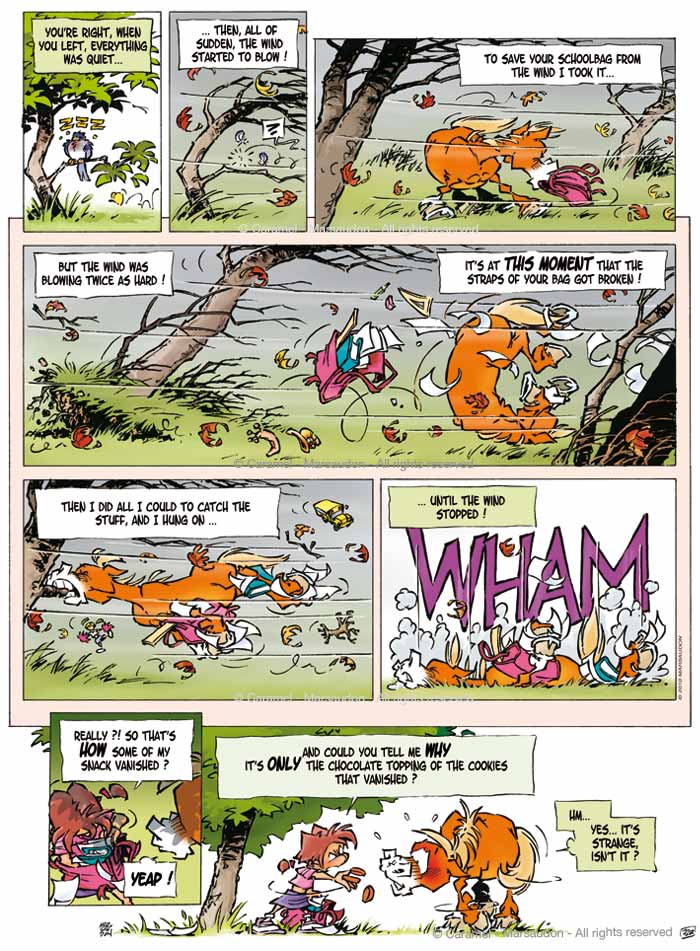 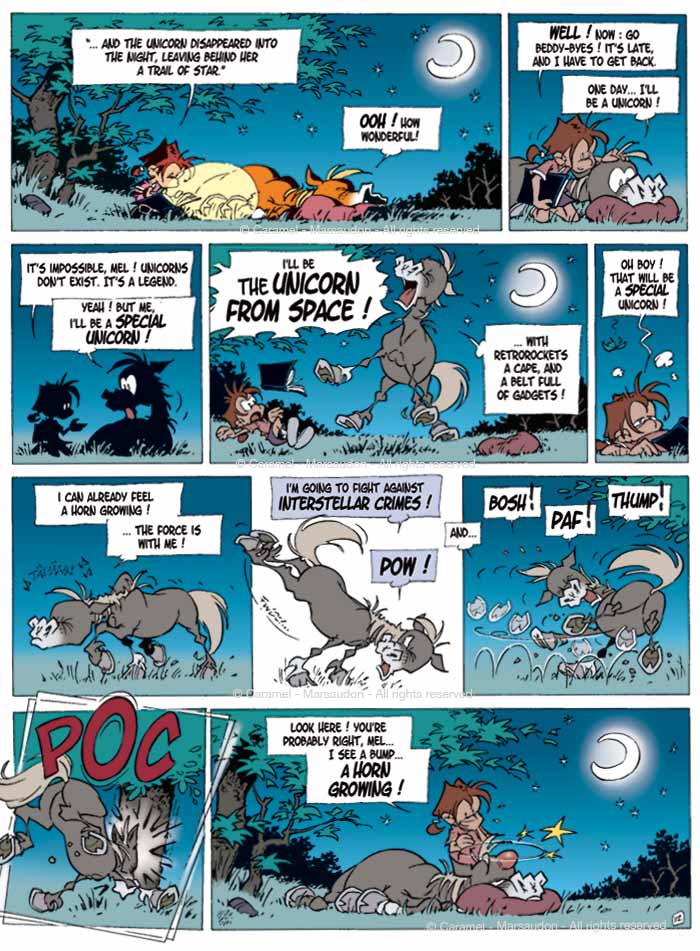 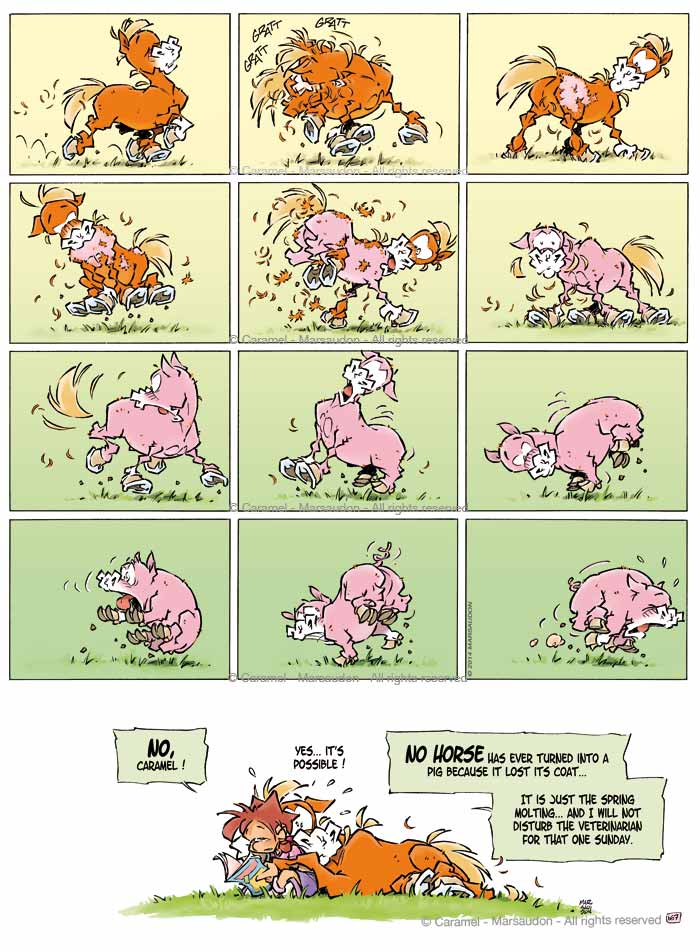 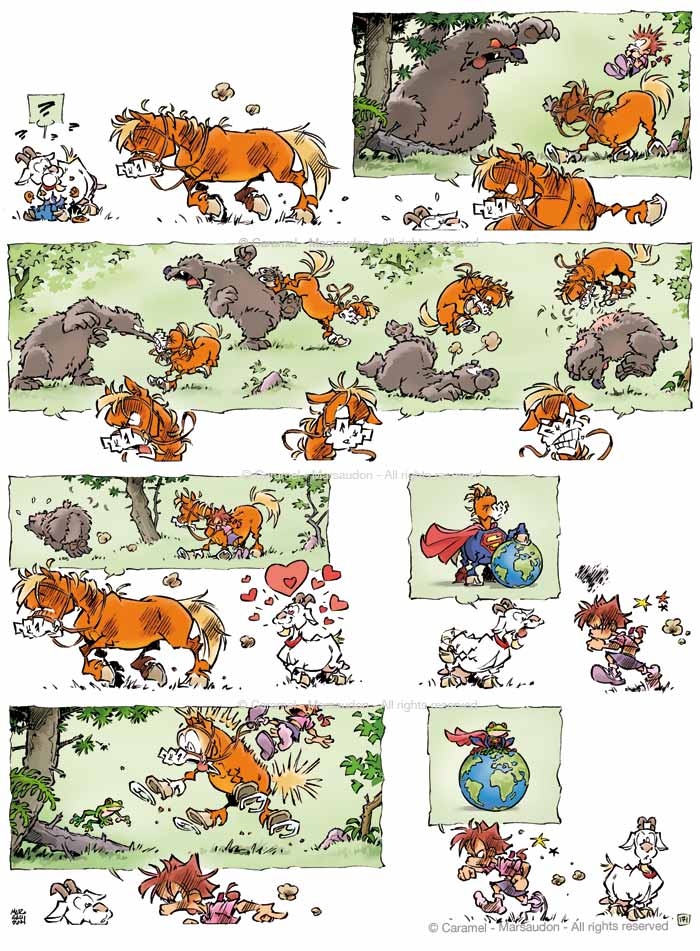 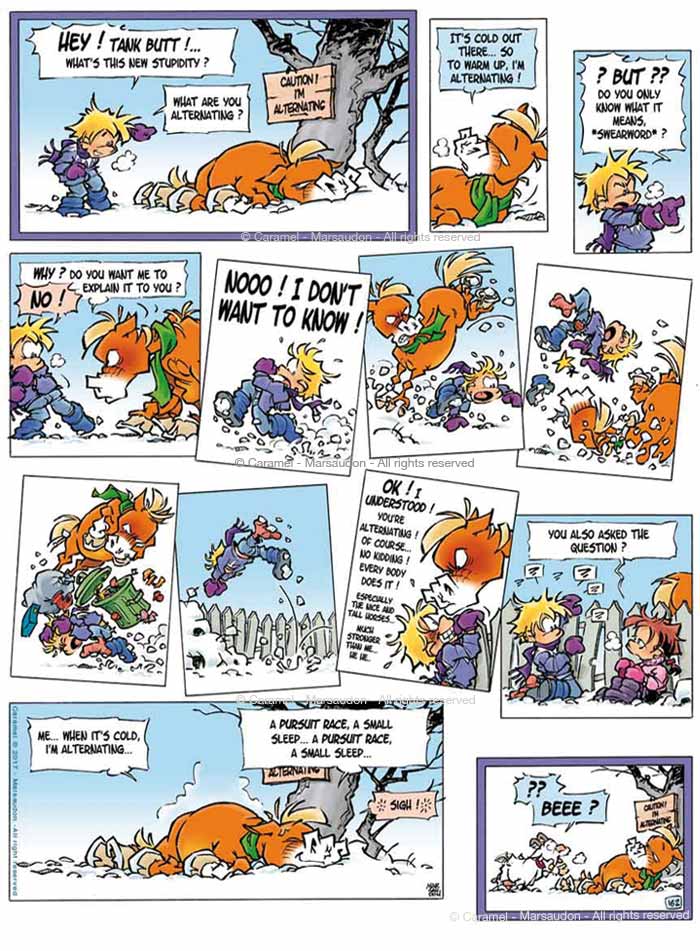 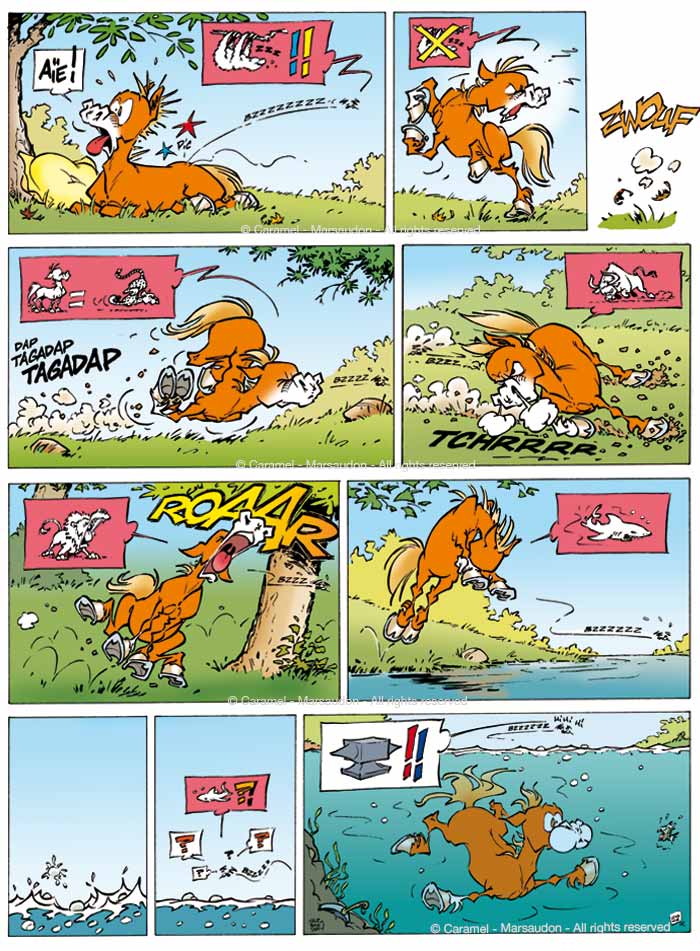 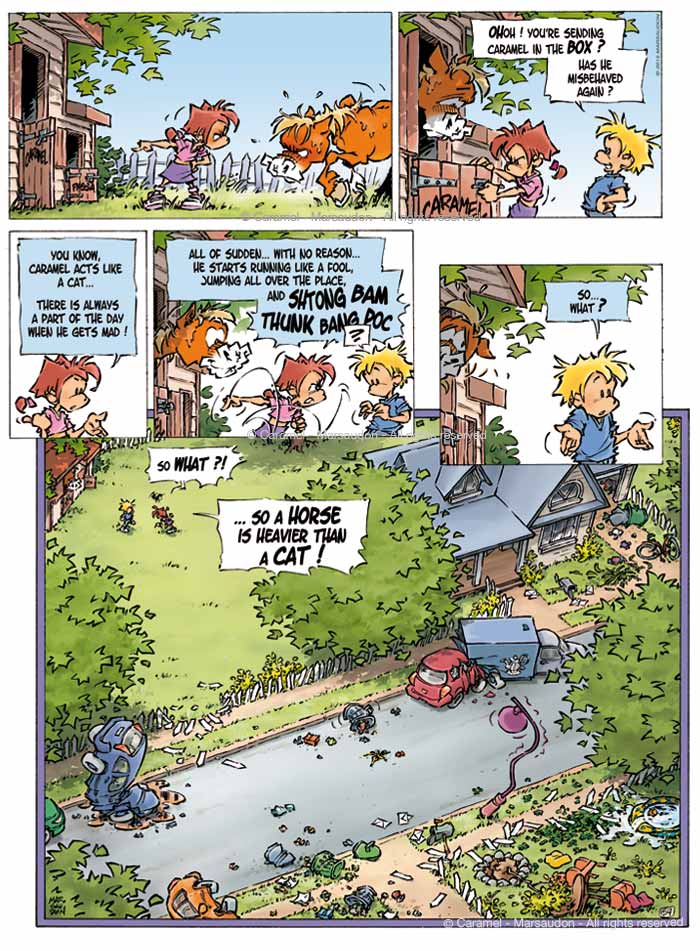 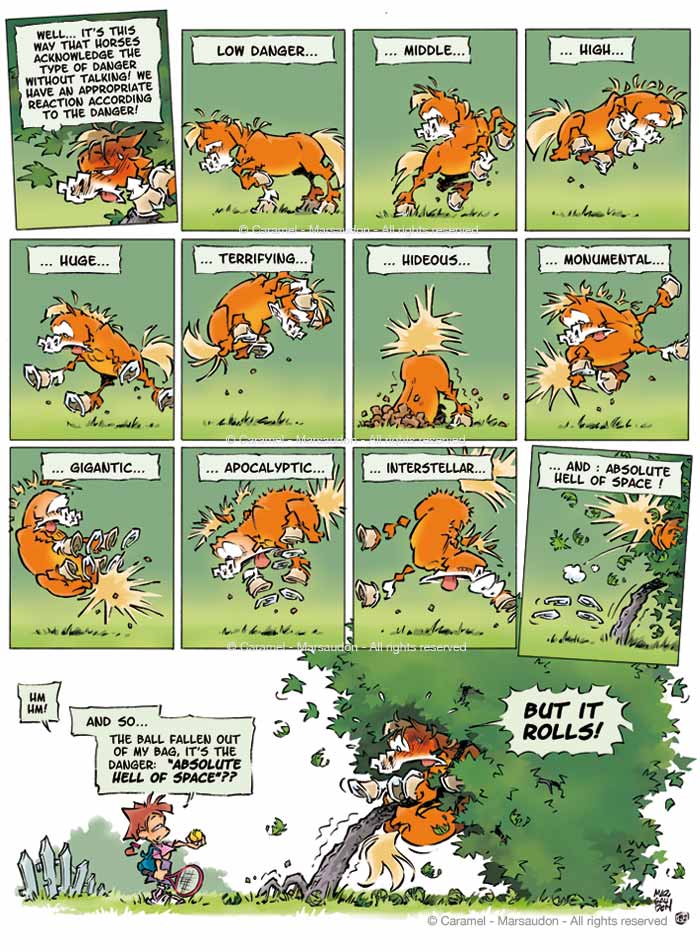 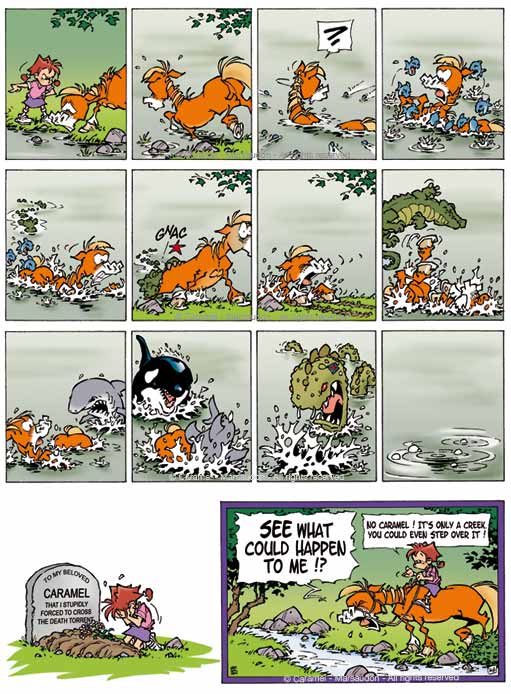 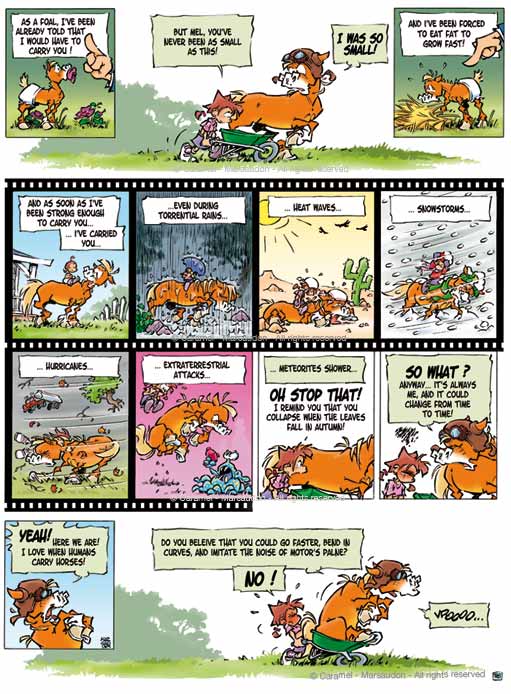 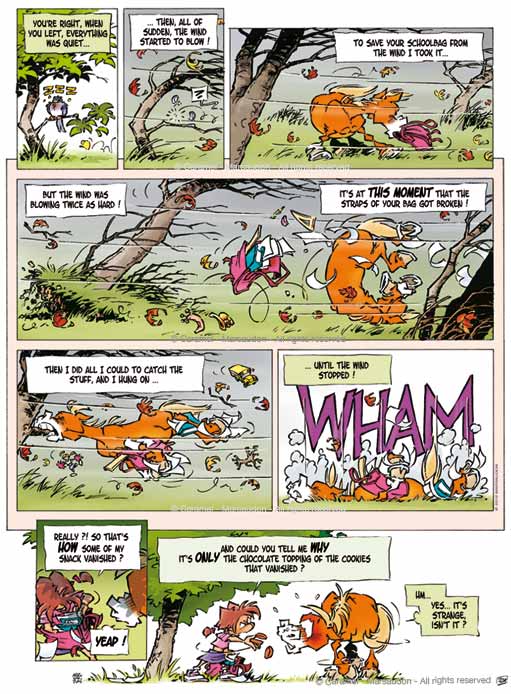 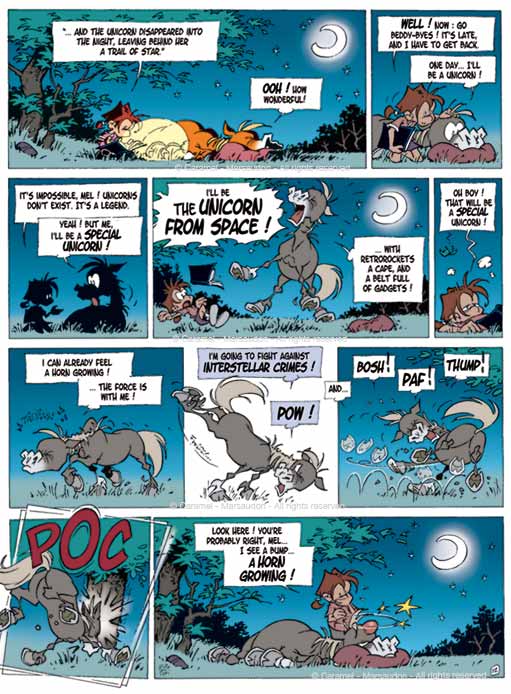 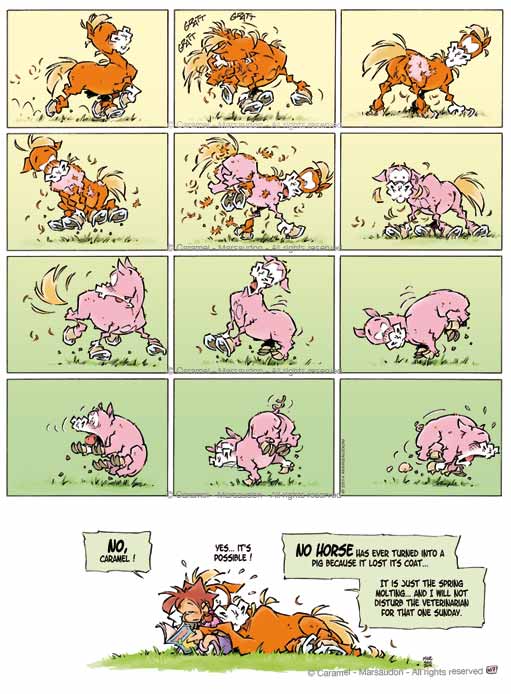 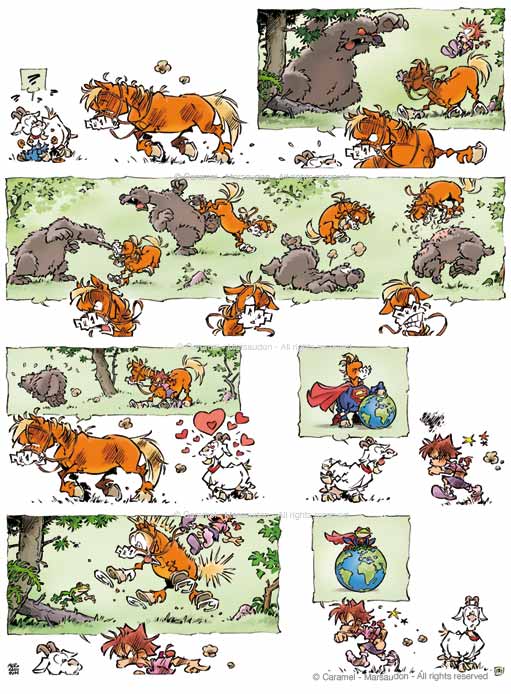 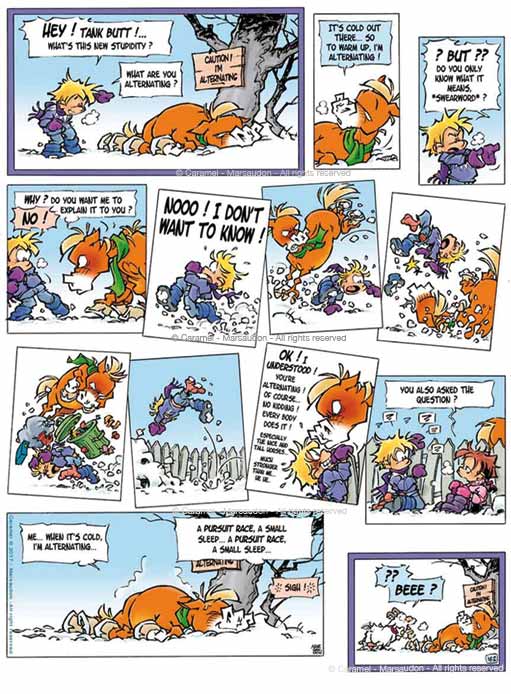 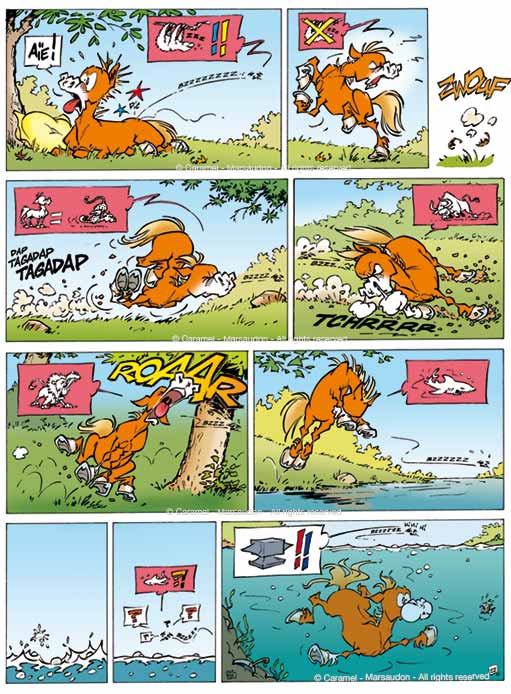 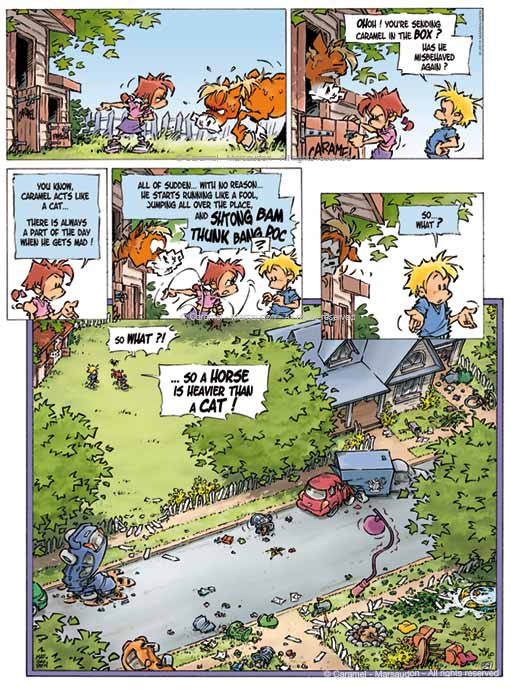 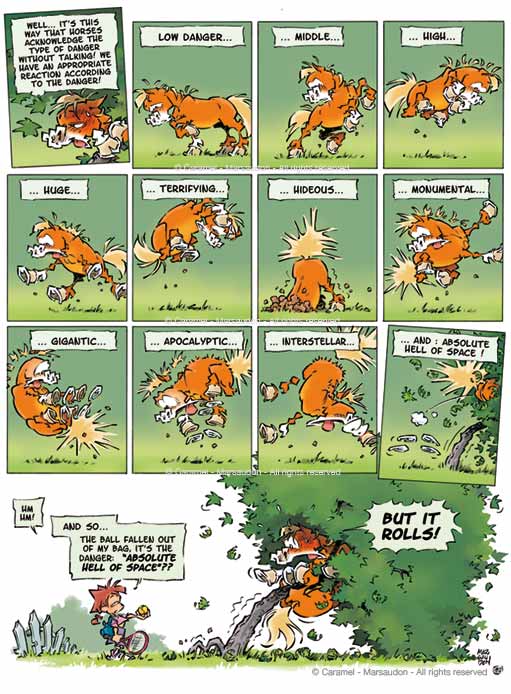 Technically... Caramel resembles a Haflinger in size, shape, colour, appearance...But NEVER say that to his face! Haflingers are ponies and Caramel is convinced he is a horse. And, on top of it, a BIG one!
And strong too.  And beautiful.  And smart.  And fast.  With muscles.  And brave.  And clever.  And I don’t know what else...

Enthusiasm.
He is always ready for a new adventure, the weirder, the better!

He is a moody sort!
He can switch from being super-happy to blowing his top in an instant! It is sometimes difficult to handle for those around him... but it is real fun to draw!

Water.
Caramel can’t swim. He is probably the only horse in the world to need a buoy to stay afloat. And when he swims with his buoy, he goes backwards!

Classical music.
He only likes classical music. With one exception: River by Joni Mitchell.  (He cries each time he listens to it!)
(Here is a lovely version by Allison Crowe).

Caramel is not one of these ponies that doze off in a corner while chomping grass all day.
HE has a hectic life: he thinks he is a horse... or a human being... or both.
In any case, if whatever is happening around him is not absurd enough... he makes sure it becomes so.

Charlotte readily agrees: it’s dreamlike to have your favourite pony in your garden!
But she also admits that it is not always easy to look after a pony that thinks he is Spiderman, or that completely destroys the garden looking for aliens...

When one’s girlfriend loves ponies, it’s not easy to know where one fits in.
In constant conflict with Caramel who he can’t rival with, Willy is always ready to play stupid jokes, especially if it’s at the expense of Caramel.

At the beginning, this little goat kept Caramel company.
But it has quickly become a kind of "pilotfish", following him absolutely everywhere. Something that Caramel finds just a bit too much. But Stopit hates Willy... how can you get rid of somebody who has such good taste?